The main problem in its application to solids was always the contact resistances. The problem has been eliminated in our new sensor. The sensor is composed of two thin platinum wire (to avoid end effects) embedded in a soft silicone-paste layer, that rests on the one side on a plastic support. On its other side, the solid sample to be examined is placed. A thin polyimide film protects the silicone paste from the solid. Thus heat from the wire, is transmitted through the silicone paste to the solid on the one side and the plastic support on the other side. The thermal conductivity of the sample is obtained by modelling through FEM, the exact geometry of the sensor. 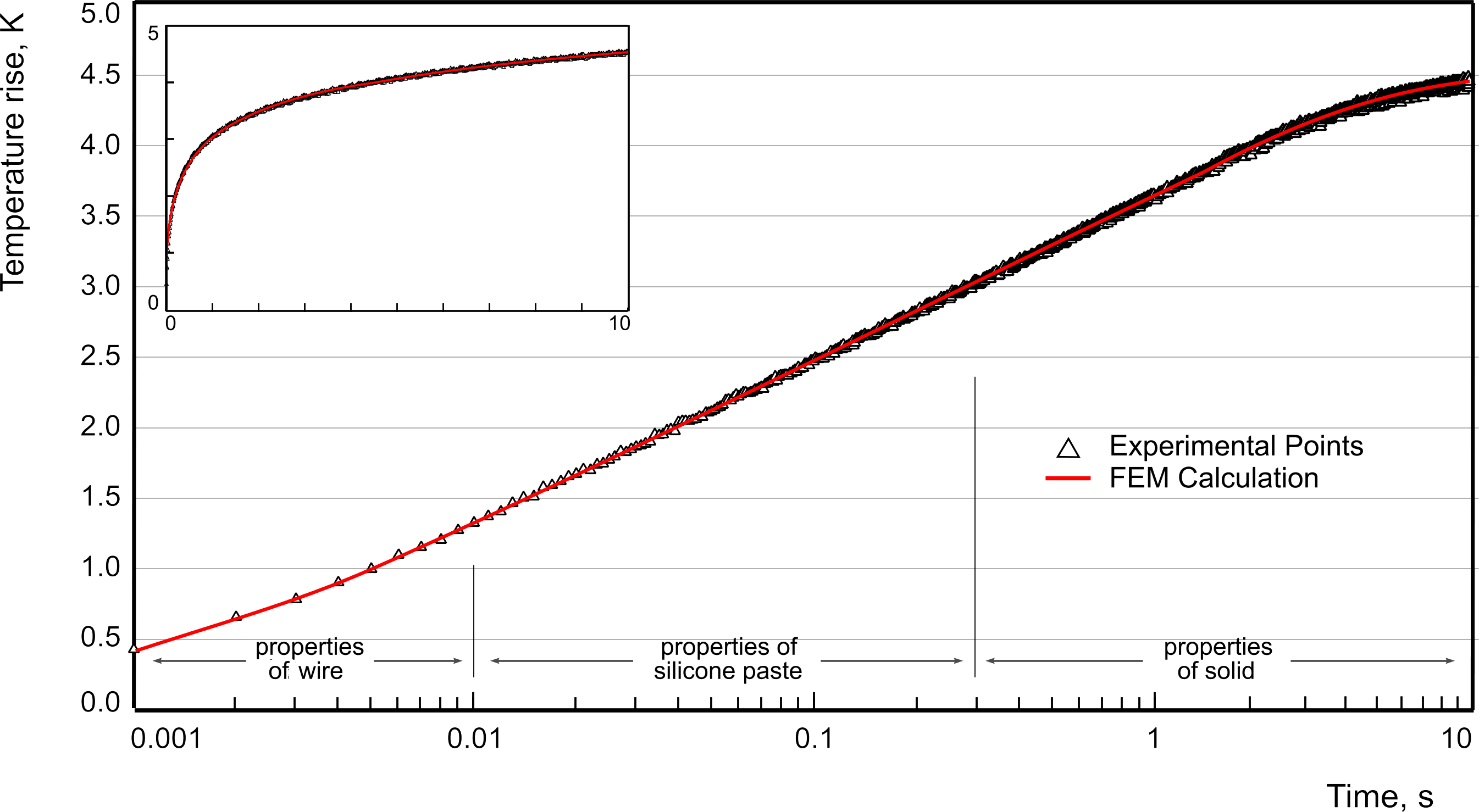 An automatic electronic bridge records 500 resistance rise points in time from 0.001 to 10 s. These are converted to temperature rise vs time. Assuming a value for the thermal conductivity of the sample, the full Fourier equations (in the wire, in the silicon paste and in the support and sample) are solved by FEM, and the resulting temperature rise vs time line is compared with the experimental one. When the two lines coincide, then the correct thermal conductivity value of the sample is found.
The whole process of iteration is accomplished by a novel way employing Machine Learning and the method of Bayesian Optimization.

The instrument is composed of :

The instrument was developed through  a Greek-Chinese collaboration. Further information can be obtained in literature: